The layer by layer assembly thin film of cationic cellulose and cellulose nanocrystals and their antireflection, anti-fogging and anti-frosting properties 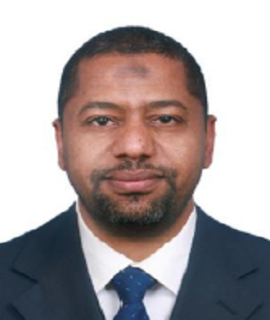 Title : The layer by layer assembly thin film of cationic cellulose and cellulose nanocrystals and their antireflection, anti-fogging and anti-frosting properties

In this research, multifunctional nanoporous thin films are prepared from cellulose derivatives, cellulose nanocrystals (CNC) as a nanofiller reinforcement and cationic cellulose (CC) as matrices, via layer by layer assembly. The effect of dipping time, number of bilayers, solution pH, ionic strength, the temperature on the thickness of the as-prepared thin films are studied. The results show a continuous increase on the film thickness with increasing dipping time and a number of bilayers, while more complicated changes are observed with the change of solution pH, ionic strength, and temperature. The  transmittance and  anti-reflective  properties  of the  as-prepared  thin films  are  investigated  by  using UV-Vis. The surface morphology and the wettability properties are also studied by atomic force microscopy (AFM) and optical contact angle meter, respectively. Further, the resultant films are demonstrated to exhibit anti-fogging and anti-frosting behaviors due to their porous structure and hydrophilic surface.

Dr. Hajo Yagoub Alshikhhajo Abdalgader Studied textile engineering at University of Gezira, Sudan, and graduate as BSc in 2004. Then he joined the research group of Prof. Shuguang Yang at the Center for Advanced Low-dimension Materials, State Key Laboratory for Modification of Chemical Fibers and Polymer Materials, Donghua University, China. He received my MSc degree in 2014 and my PhD degree in 2020 at Donghua University. He obtained the position as researcher at Nour Tex Co. Ltd. I have published around 15 research articles in SCI journals.