Nanotechnology, which has existed as a distinct field of study since the 1980s, encompasses the use of nanomaterials not only in electronics and catalysis, but also in biomedical research, such as drug delivery, bioimaging, biomedical diagnosis, and tissue engineering. Pharmaceutical nanotechnologies have shown considerable promise for medication delivery over the last two decades due to their unique biological features. The initial breakthrough applications were for the intravenous injection of anticancer medications in the form of loaded liposomes, allowing for the targeting of tumour parenchyma via improved permeability and retention. However, more recently, the development of manufactured nanocarriers, starting from various materials and incorporating more or less complex surface modifications, has expanded the capabilities of drug-loaded nanoparticles, allowing for administration via multiple routes, responsive drug delivery, stimuli or environment active targeting of organs or specific cells, and multiple actions, as in the case of theranostics. Nanotechnology in pharmaceutics aids in the development of more advanced drug delivery systems, making it a valuable and potent tool as a complement to traditional dosage forms. Pharmaceutical nanotechnology is a specialist field that will alter the pharmaceutical industry's fate in the not-too-distant future. Pharmaceutical nanotechnology aids in the fight against a variety of diseases by recognising disease-associated antigens as well as the germs and viruses that cause them. Pharmaceutical Nanotechnology has been critical in overcoming various disadvantages of traditional dosage forms such as pills and capsules.

Title : The layer by layer assembly thin film of cationic cellulose and cellulose nanocrystals and their antireflection, anti-fogging and anti-frosting properties

Title : Paradigm of micro and nano-technology based formulation in targeted/controlled release drug delivery

Title : Wave scattering by many small particles and applications

Title : In situ preparation and characterization of bacterial cellulose/chitosan composites 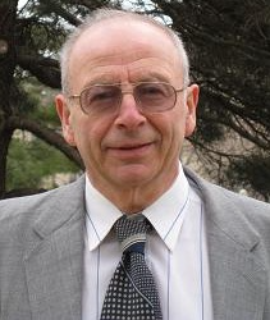